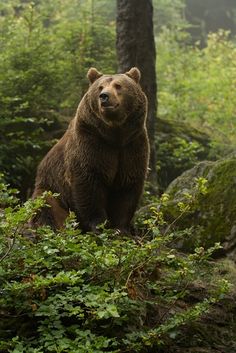 Note: This story contains a scene of an animal attacking a human and being killed in the process. It is fiction, but please do not read it if you love animals.

In the morning, Hawk in the Sky and Red Wing worked around the village. Outside of their lodge he worked on repairing his weapons and began making a new shield. The hardest part of shield making was getting it tight enough. He made several new arrows, and replaced the badly worn string on his bow. He used a piece of sinew and worked it until the tension was just right.

Red Wing worked with some other women stripping deer hides, in order to make clothing. They had to be scraped, dried, and softened in order to make the comfortable and durable clothing the people were used to.

In the late afternoon the peace of the village was by destroyed by screams coming from the river. Everyone jumped and moved in that direction at the same time. Hawk in the Sky’s lodge was one of the closest to the river, and he found himself grabbing his bow and quiver full of arrows, as he took off in the direction of the horrible sounds. There was roaring, along with the screams, and he did not like the sound of either.

As he ran, his quiver found its way to his back, and the first arrow (a brand new one) made its way to his bow, within seconds he was there. There was no time for thinking. A grizzly bear was chasing a group of young people on the other side of the river, and then knocked down the closest one with his huge claw. Just as the menacing animal was about to bite the young girl, the arrow from Hawk in the Sky found its place, squarely in the middle of the right side of the huge bear’s neck.

The huge bear fell backward, and lost his battle. The girl that was injured now had the courage to run across the river to the waiting arms of the people. He now saw that it was twelve year old Song Bird. There was blood coming from her upper back. Hawk in the Sky made his way across the river to make sure the animal was dead. Usually he had peace when he killed an animal, this time he was just angry.

He knew there would be no counsel meeting tonight. He had wanted to talk to the elders, but Standing on the Mountain would be helping the family of Song Bird, providing medicines and prayer.

7 thoughts on “The Bear”