Microfiction in the spirit of the Christmas Season.

He slipped quietly into the old church at the corner of 4th and Main Street. It was his Christmas tradition, and he was looking forward to it, but he was hoping that no one else would be there. It was warm inside, just the way he remembered. Good he thought, he was alone as he walked down the aisle and into a pew about middle way down. The lights were dim and he felt safe.

He was 12 now, and for the past three years, this was his once a year prayer time. Normally he did not pray, other than an occasional “help” or “I’m hungry”. This year he didn’t have any foster parents, but last year he had to run away in order to be here. He couldn’t stand those people anyway. It was a couple of hours until the big Christmas Eve service, but he didn’t waste any time getting down to the praying.

He knelt, and started with Aunt Margaret. She worked so hard, two jobs in fact, just to live at the apartment with her new husband who was a drunk. He couldn’t take the beatings anymore, so he promised himself he would never go back there. He prayed hard, he did, for Aunt Margaret that God would help her, and that if she needed to leave there too, that He would give her the strength. He asked God to help her to quit smoking, (he hated the smell) and that one day they would not only see each other, but maybe…..well if it was ok…..maybe they could live together. “And please God, give us a place where there are no bugs trying to eat our food”.

It was difficult to pray for his Mom. He hadn’t seen her for years and it was hard to remember now, what she looked like. The only thing he could pray for her, was that God would help her to get off drugs. He unexpectedly cried over this. He had thought before that he was done crying over it, but no – the tears came again. He was praying softly, out loud now. “…..God please help her….”

He prayed for his father, even though he didn’t know who he was. He knew he was out there somewhere, and he thought he should care enough to pray. He was hoping that he was a good man, and not in prison somewhere.

He couldn’t pray for the many foster parents he had had, he just couldn’t. It wasn’t in him to pray for those people. Still kneeling, he was silent. He felt something though, inside like a warmth, and he said, “…ok….I’ll pray for them too”, even if it was grudgingly, he let it fly.

Lastly he prayed for himself. He was asking God for a new coat…. “and could I have some… cheese and crackers?” “I like American cheese the best, but any cheese is good…” Since he was praying softly out loud, he did not hear Mrs. Jeanette Thompson come quietly in a side door, carrying another poinsettia plant to place near the front of the church.

She didn’t notice him at first but she heard a whispering sound, and turned to see who it was. She saw him praying and realized she had seen him before, running around the neighborhood. She smelled him now too, even though he was a good fifty feet away. She put the plant down, and decided to take a chance.

With his eyes closed, he still did not notice her. She stood next to him, bent down, and whispered, “Can I help you?” 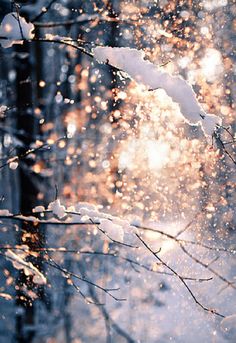 Part II of The Child Nobody Wanted, tomorrow. Peace!

10 thoughts on “The Child Nobody Wanted”