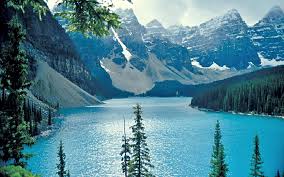 “Daughter you cannot do this, it is much too dangerous!” Bull Elk was raising his voice now, but it was not from anger. He was terrified for his daughter. Bluebird loved her father, but she stood her ground. “Father I need to be with my husband, and we believe most of the Ite in the mountains are women or young girls.” “They need a woman there.” This part made sense, but Bull Elk launched out again with, “Daughter you are expecting a child!” Bluebird did not waver, “I will be on horseback father, and you know how children love the motion of riding”. She was right again. Her father was about to grasp for more straws, when someone came to their lodge door.

When Sky came in, she did not hesitate, but explained, “I too can go with the search party”…..she looked at both of them, and continued “… and with Bluebird.” Bull Elk was speechless. Women in a search party? This had never been done before, at least not that he could remember. Who was going to talk some sense into these two?

It had been a warm day, and the snow from the day before, had melted. Trees could be seen with buds, and there were more birds singing in the area now. Life was returning. The people decided to have a meeting, around the large fire in the middle of the village. It was about the search party. Everyone agreed that a search party should go, but who should be a part of it? Men and women were at the meeting (another area of concern for Bull Elk), and everyone that wanted to, had an opportunity to speak their mind.

Sky was a strong woman, and she made a good case for her going with the men. She might be needed as a healer, and she thought she could help find the Ite, due to being a seer. She said this with the utmost humility, the way Cricket in the Meadow had taught her. She wanted to help, and the truth was, they would have an easier time of finding the people, with her along. Her husband to be, Wild Horse, spoke in favor of this. It did make good sense, and the people agreed.

The only question now centered around Bluebird. Of course it would be up to her, and Thunder Speaking, but everyone was concerned for her safety. It would be dangerous. The rivers and streams would be flooded due to melted snow, and impossible to crossover. They also might be gone for weeks. Would they be safe for that long?

was warm the next day, and the four Ite people in the mountains made a lot of progress, going east. They always traveled east, up hills, down into valleys, and along the sides of mountains. Shining Water and the twins, Hummingbird, and Walks with Deer, were greatly encouraged by the sun on their faces. Even Coyote, starting thinking that their adventure was a good thing. He knew that wherever Thunder Speaking was, it was a good place, and they would be safe there. He knew they needed a people to belong to.

Everything was going well…..until the bear started chasing them. They  rounded the bend of a mountainside trail, and saw the cave. Before they knew it, they heard the roar, and the bear charged them, as they ran as fast as they could down the mountain. Fortunately the mother bear was weak, from hibernating. She did not run after them very long, but Hummingbird took a bad fall, and sprained her ankle.

One thing was for certain, they could really use some help right now.

2 thoughts on “The Search Party”