Maybe she was being selfish. Bluebird had traveled with the search party because she did not want to be without her husband. Was that so wrong? They were newly married, and she couldn’t bear to think of going weeks without seeing him. Plus if something did happen to him while he was gone, she would never know, what happened. So they went together.

She was exhausted now though. They had been traveling for a week, and the child within her was growing. She alternated riding and walking which were both good for her, but the pace was difficult. Each day was very long. Fortunately the search party had brought several small lodges, and she could rest, and feel at home in the evening.

The next morning Sky did something unusual. She thought they should stay in their temporary camp, and to pray. They had no idea where to go and they needed guidance. They compromised by having some of the men go scouting, to see what they could find, while Sky made some smoke and lifted up prayers. This also gave Bluebird time to rest.

About midday, the men started returning to the camp, when they noticed an eagle flying very high above them. The majestic wings seemed to follow them, and came lower. It was as if the eagle wanted to look at them and discover who they were. When they dismounted their horses at the camp, the eagle was still there, soaring gently above them.

The eagle darted to the left and landed in a tree not far from them. The bird was immense, with beautiful golden feathers. Sky whispered to Bluebird, to get a decorated feather from the lodge, the kind they wore on their clothing. Once Sky had the feather in her hand, she continued talking to the eagle softly, explaining they needed to find the people in the mountains that were lost.

Sky gently, slowly, walked towards the eagle in the tree, talking in a whisper. When she was very close she crouched low and placed the feather on the ground. She then backed up, facing the eagle, and whispered. When she was back with the search party, she could be heard saying, “…please take this feather to them, and let us know where they are…” She then raised both hands, and as if on command, the great bird launched from the branch, swooped down towards them, and grabbed the feather from the ground. They were in awe.

The eagle flew high, and towards the north, his massive wings lifting him up. Did he understand what Sky was saying? He seemed to. Would he lead them to the Ite people? They could hope. Sky said nothing, but she seemed convinced.

In another part of the mountains, things had not been going well for the Ite. They had been carrying Hummingbird, due to her injured ankle. It had also been raining for the past three nights, and the hides they were using as a shelter were now a useless pile of soggy rags. Coyote had been carrying Hummingbird, but he was sick, and coughing. Shining Water asked him to stop, but he would not, and walked for several more miles, staggering, and exhausted. Finally he collapsed.

When Shining Water felt his forehead, she found that he was burning with fever. They needed some help, and they needed it to be soon. They were on a ridge, with some large rocks, and Shining Water decided to make a camp there. She began building a fire.

It was then that she noticed the eagle, circling overhead. Was he looking at them? And what was that, he was carrying in his talons? 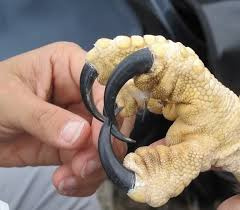 12 thoughts on “Eagle in the Mountains”