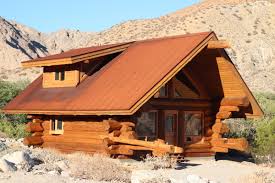 About 45 minutes after leaving the Sanchez house, he was pulling onto the highway, when he got a nagging feeling that he had overreacted. None of it was Linda’s fault, and he shouldn’t have left her there, at her parent’s house. They had driven the four hours together, to visit her parents, and they should have left together. He pulled over. Why was he so stupid? Then the realization hit him like a ton of bricks. He had never been in love before. He had known women, and dated women, but this was the first time he had allowed himself the freedom to love. Now he couldn’t think right half the time. It was all new territory.

He picked up his cell phone, should he call? No, she would hate him for sure now. He dialed her cell number anyway, and got the recording. He didn’t have the courage to leave a message. But listening to her voice did two things to him. First it made him realize how much he loved her, that he needed her, and that led to the second reaction. He was horrified that he might lose her, or that he already did lose her! He felt like cussing because he was so scared, but he prayed instead. He yelled out, “God help!”, and that was it. He dialed her number again, and again it went to voice mail.

He found himself driving again, and for some reason he headed towards the Antler Inn, instead of his own apartment, even though it was an hour further away. Amy had a room when he called, but it would have to be the same room he and Linda had shared. He hesitated but said yes.

When he got there, Amy took one look at him, and said, “God, what a mess you look!” He mumbled some unintelligible words, and headed for the room. The room was the clincher. Memories of their time there flooded his mind and heart. He thought of the love making, the pillow talk, the sharing of their dreams together, and of course the many times they read to each other, from Rumi and Gibran. He fell apart with his face in his hands, and wept.

The next morning he made it to breakfast even though he had been up most of the night. Amy served them up some wonderful western style omelets, and sat down across from him. For eighty three years old she had more strength than most women much younger. “So did you have a have a fight with Miss Linda?” She didn’t mince any words. His eyes narrowed, saying he wasn’t in the mood for questions. “I didn’t come here for this!”, he blurted. “Well what the “H” did you come here for?” “To enjoy the fauna?” She had him for sure, and he knew it. He spilled out everything at that point, he just could not help it. He told her everything.

“Well, just call her for Pete’s sake.” “Don’t just talk about it – do it!”, she said. He explained he had called her – three times. “Three times???!!!” “She’s probably called you a hundred and three times.” She continued with “You can’t mess around like this when it comes to love!” “You need to get serious!” She was right of course, and he reached for his phone. The battery was dead! No wonder he had not received anything from her.

He found his charger, and called her from the living room. She answered right away, before she could say anything, he talked like a flood – “Linda my battery went dead, I’m sorry for overreacting, I want to get married, can we buy a house together? Did your father take you home?” He was out of breath when he finished. There was a pause on the other end. “James!” was all she could say, and then he heard her weeping. “I’m sorry, really sorry Linda”. “James I stayed overnight here, but I haven’t slept.” He told her he hadn’t slept either, then he jumped to telling her he was on the way to pick her up. “It’ll only take five hours!” “I’ll be right there!”

Amy heard the whole thing, from the dining room, and just shook her head. “This man is a mess!” “What is wrong with men these days?” “They ain’t got noooo sense…..”