When we stop making games where people die

pretending there’s glory in a gun and a flag,

the light will shine a little brighter

in the sky. And we will smile more

at least a little, 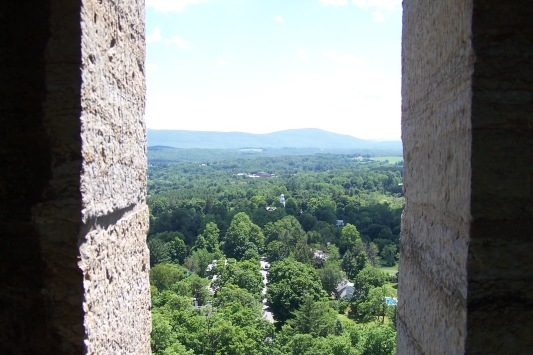 It was through the stone pillars at the monument that the portal was established. As the angels first stepped through, and overlooked the countryside, they wondered if they were too late. It would be easier this way, to travel through time, instead of space. Only one person in the town looked up and disbelieving what he saw, he turned away. The angels tucked their wings away, and got to work, because time was precious.

What were they here to save us from? From sinners? From pollution? It was the toughest assignment any angel could have. They were here to help us rid ourselves……of hate.

in pain ready to strike back, fangs extended, snarling

at every perceived cut, stone throwing, maybe a spear

sent in the form of a look. The tiger crouches

ready to attack, enough of this nonsense.

and get out of my life

take your pain with you,

because you don’t belong

I know who I am now.

As we climb the mountain with the wind in our hair

it’s easy to look back wondering how we got free,

and we can see the past for what it truly was.

As we reach the summit, we can be amazed

at our own strength, capturing the spirit

of the eagle soaring. It’s true

that if we talk to an eagle

we may not get an answer,

but they will often help us

Did she do the right thing? As she stood in the bow of her flagship, the Queen wondered if she had rushed the marriage. They had taken her love from the prison island and he was only the shell of a man now. He was so weak, it took two men to carry him to the longboat, and then up into the ship.

He had forbidden her to look at him in this condition, and she turned away out of respect. After he had cleaned up, and shaved he was ready to see her. Was it just sympathy saying, they should marry right now, right here on the ship? The Captain consented and the marriage was done quickly, so that her love, the Viscount could rest. She wore a plain blue-grey dress for the ceremony, to make everyone feel more comfortable.

The ship lunged forward now, as the huge blue whale pulled even harder on the harness, the bow went down, then back up again. The whales had been so kind to offer this, in order to rush them back home. As she stood on the bow thinking, she was torn, knowing how deeply she loved him. She never wanted to be parted from him again, and the only way for that to happen, at least in her day, was to marry. But would they be able to have children? Would she have a true marriage?

It was then she heard the whale song. Off the port side of the ship another whale leaped into the air, and came crashing down, into the dark water. It was her counterpart calling her, the Queen of the Northern Whales. She spoke to her mind and said, “Do not worry dear one!” “I have a gift for you…..just a glimpse really…..but a wonderful gift!” She continued with, “Now close your eyes…..”

The Queen on the flagship closed her eyes anxiously, and immediately saw her castle home. There she was with her love, decked out in a military uniform, looking healthy and handsome……….and as tears came to her eyes, she saw children! She counted……..and there were six! The oldest was having a birthday party. Somehow she knew her first child’s name…….it was Maria.

With tears streaming now, the vision vanished and she opened her eyes. Between the sobs she managed to sing a beautiful whale song back to her counterpart. It was a song of gratitude.

As the nations rage, and children cry

with rockets screaming, we know the way

through the smoke and confusion.

May we have the courage to create

launching our arrows of art

and photography, our lances filled

with the living poetry, into the hearts

of the spirits, of despair and hate.

It has always been a war

to fight for love

image from northwoodtraditionalarchery via google

With a simple paintbrush he could see the horizon

that it was not a destination, but light between worlds,

the softness. Just a hint of humans passing through

A lot of blue with green, often a sky.