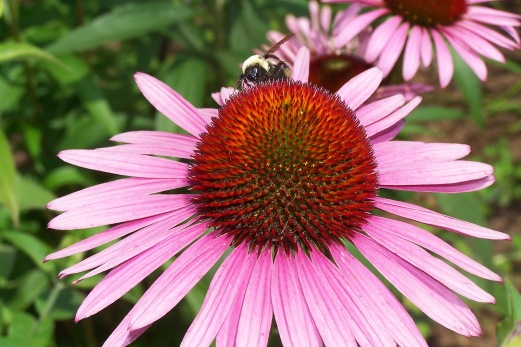 Maybe he was right. It wasn’t easy being a woman, and 6’ 5” tall. As she sat up, she knew that her height was intimidating to men. Most of them never asked her for a date. Even though she was only 27 years old, she had worried about finding someone, in time. She had always wanted a family, and then the series of biological weapons were released on the world. She had lost all hope – that is until Jeremiah. And she loved that name.

Noticing her arm bleeding, she knew she needed help. She managed to get to her hands and knees, and then to her feet. Her right leg was a mess too. She panicked, she was injured, and she wondered if he would leave her. Taking a deep breath she calmed down, realizing that no, he would not do that. Maybe he was waiting for her.

As she made her way, limping to the door, she thought they both overreacted. It was his fault of course, but she knew she was sensitive to prejudice. Would the ghosts of East Africa, never leave her alone? “I’m still forgiving people.” She mumbled out loud.

Inside the dining room Jerry was ticked off, but not at Miriam. In fact, he was hoping and praying, she wouldn’t drive off. Maybe they could be friends. But he did look at the ceiling in disgust, and said, “What are you doing to me — to us!” “She hates me!” For some reason he started making a pot of coffee, where the employees normally would. Maybe he needed the warmth.

He heard the automatic doors open up, and he rushed to a nearby table, to play it cool. What should he say? She hobbled into the lobby, and for the first time he noticed how beautiful her clothing was, or had been. She was dressed in a beautiful, long, African dress, which was red, gold, and brown. The gold shimmered in the light. Her headdress was disheveled, but she was a beautiful woman, and she carried herself like a queen. Was she royalty?

She saw him looking at her, from the dining room, and said with her French-African accent, “Jeremiah I need some help”.  Five minutes later they opened the door to room 132. She noticed right away a bouquet of wildflowers, as they walked in. He had picked them from the front of the hotel. She turned to him, and he just smiled.

He began washing her arm, first in water, and then with hydrogen peroxide. Jeremiah seemed to really know what he was doing, and she noticed too, how gentle he was putting in a few stitches (with a sterilized needle). He then carefully wrapped her arm in a bandage. He said, “You know, I’m very sorry about what happened outside”. He wasn’t looking in her eyes, but at least he was talking. For some reason she felt she should be soft in her tone, so she gently said, “I know, I am too”. She meant it and he could tell. “Were you abused by white people?”, he asked, this time looking at her.

How did he know? How could he possibly have known? Tears began filling her eyes, and she said in a whisper, “Yes”.

I love this video for a number of reasons. First there are the images of the people, that are happy and smiling. Joy and smiling in any culture are wonderful! They seemed to be filled with such a love of life. There is also beautiful nature photography. I also love the music of Samite, a musician from Uganda. I am mainly familiar with his flute playing, but there is a wonderful blend of instruments, and vocals here. All of this and the cultural element of the video, truly make it wonderful. I hope you enjoy it! Maybe I should have been an anthropologist.

I also want to share a quote with you: “I write to discover what I know.” Flannery O’Connor

The Mongolian culture is rich with history. Storytellers can memorize thousands of lines. They are a deeply spiritual and beautiful people. Their traditional clothing is like no other. Notice their smiles! 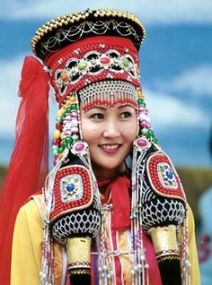 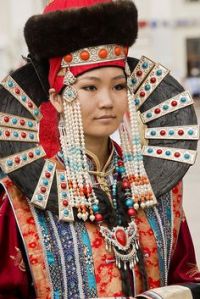 I joined a tribe in Central Asia.

I stayed briefly with the Turkmen,

traveled the area, but stayed

Living together in the yurt, I loved

them, raising goats and horses, and family.

I briefly considered the Berbers

Bedouin, of the Middle East,

But I loved living with the Kyrgyz,

until I was captured by Native Americans.

They took me to the Great Plains,

along the Rocky Mountains,

I loved the lodges, painting symbols,

Crow, Arapaho, and the Nez Perce.

Loving the people and their ways,

I studied the maps for hours,

from the National Geographic Society,