Diego pulled into the driveway of the Sanchez house, promptly at 3:20 am. They had a little more than an hour of a drive to get there, and they both wanted to be standing in the river, as the sun was coming up. Juan Sanchez, Linda’s Dad, was standing in the doorway, waiting with his gear. After saying good morning, they loaded the car, while Gloria Sanchez watched in her bath robe, and mumbled about “Men are so out of their minds….” “All this just to catch some fish?” After Juan kissed his wife goodbye, he and Diego jumped into the Mustang and headed down the road.

There were a lot of horses under the hood, and Diego tried to keep the car from roaring too much through the neighborhood. Once they got onto the main road though, he put the windows down, and hit the petal. “Mustangs were not made to go slow!”, he said. “And this is a GT!” He had to talk loud to be heard over the wind. They both reached for their coffees smiling, loving the speed and power of the car. When Juan said he really liked the Mustang, Diego pulled over and asked him if he wanted to drive. “Sure!”, came the response. Juan had always wanted to try one out. 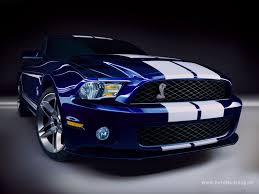 They didn’t talk too much going down the road, but when they did, they talked about Linda. How could they not talk about her? Juan mentioned she was still working on her college classes to become a nurse. She wanted to be like her Mom. Diego mentioned he knew, and was encouraging her to quit her waitressing job so she could do more studying. Juan knew he liked this guy but wondered about him not working.

Once they were at the state park, they unloaded and walked about a mile to the river. Juan asked him where they were going to live after they were married. It was a typical Dad question, and Juan felt somewhat embarrassed after letting it fly. They kept walking, and Diego mentioned, “We are looking at houses to buy, in our area.” “We wouldn’t move in though until after the wedding”. Juan smiled at the “after the wedding” part. He knew his wife would be happy to hear it!

But Juan did stop in his tracks. “How will you pay for a mortgage while teaching at the community college?” It was a valid concern, but Diego did not know how to say in a humble way, that he had money. “Juan we are paying cash”. “I made a lot of money in the corporate world, and to be honest that was the only good thing.” So much for that concern.

They spent hours and hours in the river fishing that day. There was enough fish to cook right there on the banks of the river, and extra that they put on ice to take home. The more Juan got to know this young man from the Red Rocks country, the more he liked him. Diego shared a lot about his people, and that he needed to get more connected with them. Teaching at the college would help.

Juan was most impressed with him when they talked about religion. He really had his head on straight. Diego said he had been baptized as a baby but he could not get married in the same church the Sanchez family was a part of. “I would be lying if I said I believed all that”. So there it was, he was an honest man too. Yep, Juan knew for sure his daughter was going to be very happy with Mr. Diego Dreamwalker. He did hope they would get married in some type of a church though……..