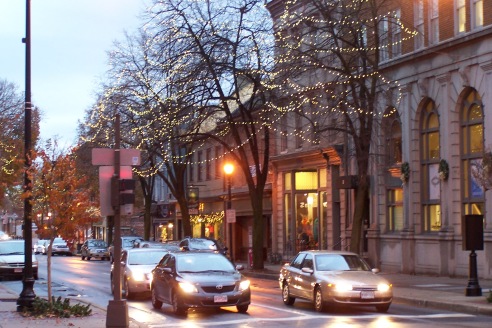 Staff Sargent Gordon McConnell (retired) woke up in the veteran’s hospital the next day. He was a bit disoriented and did not remember much about the day before, only that he had been yelling. There was an IV in his arm, along with a lot of doctors and nurses, running around.

They asked him a lot of questions. Was he taking his diabetes medication? He couldn’t remember. Had he been diagnosed with PTSD (post-traumatic stress disorder) in the past? He honestly couldn’t remember much of anything, but he did remember taking pills every day, that is until……until his wife…died. Everything went downhill after that.

The Army sent psychologists to his room to ask him questions but he wouldn’t say much. He didn’t trust them. He never did trust officers, they seemed to know more about paperwork, than about war, at least that was his experience. Besides he knew he had a memory problem, and he didn’t want to trust anyone except the nurses, because they gave him the medication he needed and they were nice to him.

He had a visitor everyday as well. A nice guy – he wore a suit all the time, and a fancy one at that. What was his name? Was it…..? Yes, it was John. He trusted John. He told John everything, day after day, at least what he could remember.

He told John that he did have an apartment once, and told him about where it was. One day he had gotten lost and days later, when he thought he had found it, his key did not work. So he had been on the streets ever since. “Was that after your wife died?” Gordon couldn’t hold back the tears when John asked him that, but he shook his head. “Was her name….Beverly?” John asked softly. Gordon shook his head yes again, and wept with his face in his hands.

John Stancill worked quickly to find Gordon’s apartment, and to see what had happened to it. The woman at the rental office wasn’t too friendly, and seemed to enjoy telling him, that Gordon McConnell was in the process of being evicted. The rent was two months past due. He held back his anger, but he did ask, if she knew that Mrs. McConnell had died recently. “Well…no…I’m sorry”. She changed her tune even further when John got out his check book, and took care of everything.

John and Gordon became good friends. The Army wouldn’t release Gordon to go home by himself, so John promised to pay for in home nursing care six days a week. John himself would be there on Sundays. At first the Army said no, but then John showed them his investment portfolio. Even John was surprised at how much he was worth now. This got him thinking that maybe, just maybe, he could try a different type of work, and do something he always wanted to do.

He visited Gordon almost every night, and brought pizza, Gordon’s favorite. Gordon became like a father to him, and gave him great advice, including about women.

One night John came visiting without his suit and tie on, instead he wore a sweater and blue jeans! He told Gordon he had left his rat race job that made him work around the clock. He had enrolled in a cooking school, and loved it. He loved the fast pace of it, and more importantly the aspect of being creative. He felt alive again!

He had time now for reading books, going for long walks, and yes even dating. He met a girl at school he really liked. Her name was Susan, and she had a great personality. She was always making jokes, which forced him to not take his self so seriously (a problem he knew he had). She was sensitive though too, and well…um….there was also her appearance! Gosh.

Gordon didn’t know if John would marry Susan or not, but he was hoping he would live long enough to see it if they did get married, and that there would be enough of his own mind left, so he could remember it all.

Please remember the homeless this holiday season. Just one life can make an incredible difference, and we all have value! Peace!

He hated the homeless. Why should he feel guilty about wearing a suit, and having a good job in the financial market? After all he worked hard for his money. Even when he wasn’t working he was working, at home on the computer, or on the phone. He was always trying to find out which way the market was leaning.

Yet every day there they were, with their signs, saying “Need Food, God bless”. Each one seemed to have a particular corner, like a salesman with a territory. He wondered if they ever fought over which corner to be on.

He noticed one of them in particular, on the corner of Independence and Main Street. He was an old man, and had to be at least 70 years old. What was he doing out here? He was much too old to be out in this weather. He always needed a shave and a bath, and wasn’t there some kind of government program to help the man? Even with these thoughts though, he never gave a dime. He rushed past the old man every day in a hurry, to get to his office around the corner.

On the day after Christmas though he thought he would do the kind thing, and talk to the man. He slowed down his walking pace, and stopped. The old man seemed to be in a daze, and didn’t notice him. He had a walking cane, and instead of holding his sign up, it hung by his side. “Hellooo!” he said sarcastically. The old man looked up slowly, and squarely into eyes.

He found out the man’s name was Gordon. When he asked the old man about his Christmas (which was stupid, and he regretted saying it) the old man said, “Christmas? What Christmas?” Did he know what day it was? This was worse than he thought, and he realized this man needed help! For the first time in his life he was able to pry his wallet from his back pocket, and gave the old man a ten dollar bill. The old man thanked him, but was mumbling something as he walked away. Did he hear him say something about the Viet Cong?

Over the next few days the old man’s mumbling and acting confused got worse. At one point he was yelling the name Beverly. “Beverly!”, with streams of tears rolling down his face, “Beverly!” What should he do for the old man? Should he call someone? Who? The police? That didn’t seem right. The old man dropped to his knees, and sobbed.

He was already late for an appointment, so walked he further down, near the door to his office, but he could not do it. He just didn’t care about the office right now. He turned to watch the man from a distance, still weeping, and calling the name Beverly.

Suddenly the old man stood up with terror in his eyes, leaning over his walking cane, and started yelling, “Enemy fire!” “Enemy fire, get down everyone!” “Help us God!” “Get down!” He was yelling at the top of his lungs now, “Enemy fiiiiire!”

He could stand it no longer and reached for his phone. He dialed 911 with tears in his own eyes.

The conclusion to the Old Man on the Corner next time!