It was winter when he left the reservation. No one sought a vision in the winter, but he did. Maybe vision wasn’t the right word, but he needed cleansing from the despair, from the alcohol. It was good to be in the mountains again. The air lifted his spirits, the rocks were his strength.

He had everything he needed, a good mule, a good rifle, his bow (that he had made years ago), and some buffalo blankets. His heart was still grieving though for his people, and he knew that would take time. His mother dying was the final reason to leave.

Days later he was in front of a cave, with a fire going, when the vision did come. He saw his people being reborn. In the vision it was spring, and everything was blooming. They were strong again and happy. And he was in Canada, where his people were considered humans. He had a wife again, and she was expecting a child. She was happy, and free, instead of sick and dying.

He must take this vision back to his people, he thought, to encourage them. The end of all things was not yet.

They would all live again.

Image a scout from the Crow Nation, taken in 1908, source: Pinterest 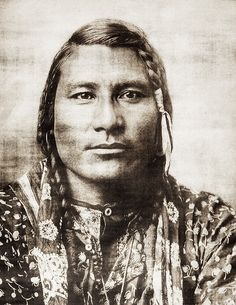 When a man has eagles in his heart, and fire in his pen, he knows what to write. He knows who he is. Strength and courage from a hawk, soaring, with a strong spirit. But when the eagles begin to fade, and the hawks no longer fly, he begins to wonder. Is his spirit strong enough without them? Does he need to have more time on the earth, and less in the clouds?

Even nature has its limits. As he prays, his pen begins to wander, looking for answers, looking for understanding. He walks a tightrope, leaning forward, pushing his way past doubt. And slowly he realizes, he does not have to have eagles, hawks, or even a lion in his heart (although he can if he wants to). It is all about the love. It has always been about the love. Love from above, and love for others.

It is always about the love, and that is what brings the strength, and the courage. His spirit soars now, and his pen has fire once again.

of everything, teeth knocked out,

The hearts of the people turned darker,

than burnt out logs,

They slept with hope,

dreamt of the valley,

where the people were born,

where they could tell stories,

So they left in the morning,

realizing they would be chased,

but they needed their home,

and to feel the love,

All they ever wanted, 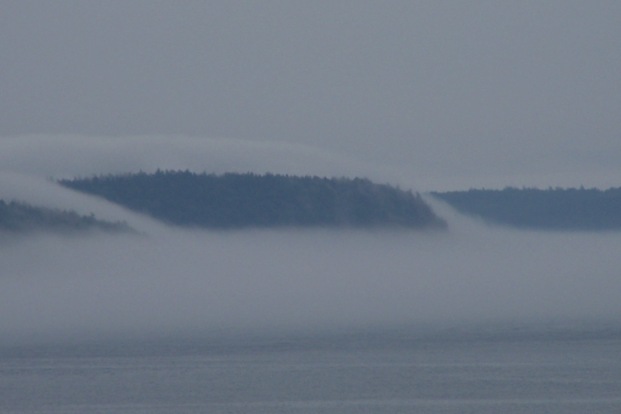 in the deep fog,

hoping for an end,

to the war against nature,

the war against color,

they whisper to each other,

Will the Creator be honored?

will there be a dawn of wholeness,

they long to wake up,

their brothers and sisters,

and to see the restoration,

But before the dawn, a storm,

And the ghosts still whisper,

in the deep fog.

The Cheyenne drifted into the sacred canyon,

the sky was heavy.

They found a broken lance,

laying on the ground,

next to – a burned out lodge,

and an all-night prayer meeting,

so they could have the strength,

to forgive, instead of turning,

Blessings to everyone and peace!

My brothers, you’ve taught me courage,

in the midst of disaster,

that there is a resurrection,

for those who keep fighting,

living in the memories,

yet free – with forgiveness.

that creation does sing,

and to always look up,

with strength, and compassion,

You have taught me well, my brothers,

and I am forever,

Note: Even though this is about First Nations people, I consider all people, my brothers, and sisters.

I remember when the earth was young,

she could breathe more easily,

and she did not carry the weight,

of so many sins.

She did not have to bare her shoulders,

and the people came from her heart,

living in their bones, in their spirit,

free to love her, and to thank her,

They did not live far from her heart.

I don’t know what will become,

I just hope we will be clean,

when we are turned into nothing,

Note: This was created from thinking about First Nations people.

When he saw the red rocks, he knew he had made the right choice. With Standing Bear’s advice, he had not officially quit his job in New York – not yet. Taking a leave of absence though, allowed him to enjoy nature again. He was regaining some sanity.

Seventy hour work weeks had taken a toll on him, in more ways than one. He was in Northern New Mexico now, near Taos. He was hiking, and camping with a tent, which he had not done in years. It took just one day for the healing and restoration to begin. The days were filled with intoxicating sunlight, and the nights were cold, which made for great sleeping, as he hunkered down in his sleeping bag.

As he was carving, and sanding down a walking stick one day, he started thinking about his job. How could he quit when so many of his people looked up to him? He was a huge success. Maybe that was the point, he didn’t need to be a millionaire, and it was time to get back to his people. It was time to give to his people.

He could not live apart from them anymore. If he did keep his job, he would do so out here, close to nature, attending the Pow Wows, and yes even dancing, like in the visions he had. He needed to feel whole and complete, and that meant living out here.

That also meant he could seek out relationships. Was it wrong to seek a woman? Of course not. Even his mother and father (both gone now) would approve. Later, when he took a break from walking, he sat on some rocks and looked at the sky. The sun began hiding behind some clouds. He smiled to himself, realizing he needed the physical and the spiritual in his life. It felt good to be alive again.

After five days of being in the wilderness, he came to a trading post, in a little town called Big Stone Gap. They had supplies, a restaurant, and an inn. He thought it would be good idea to eat someone else’s cooking for a couple of days. While he was in the restaurant, he read some of the local newspapers. Under the help wanted ads he saw something that caught his eye. There was a teaching job open at the River Rocks Community College, in the Economics Department. The more he read about it, the more he wanted to work there.

He was about to reach for his phone and call Standing Bear, to tell him about it, when he noticed his waitress, for the first time. How did God make such beautiful women? They talked for a while, and later she took her break by sitting down with him. He found out her name was Linda, and noticed that she looked more Mexican, than First Nations – but so what! Yes it sure was good to be alive again….

Note: I have decided not to call this a “conclusion”, because I’m leaving it open for future possibilities. I would like to see more of James Dreamwalker (and his relationships) in the future!

It was the thunder that caught his attention that day. He was sitting on the 32nd floor, of the company’s office building in Manhattan, in a board meeting, watching the storm lashing at the ceiling to floor windows. But when the thunder shook the building it got everyone’s attention.

The CEO stopped his presentation, they all looked, momentarily concerned, and then they started the meeting again. The storm was only mildly interesting to them, a temporary interruption. James Dreamwalker thought about it differently though.

This storm was an affirmation. As he listened now to the company president, talk about the numbers, the strength of the company, the exploding market in Singapore, it all became background noise to the much more important event going on outside. He was having yet another vision. In the vision, he was dancing at an event, with his cousins, his feet were pounding, his heart beating with the drums, his body moving, as he felt the presence of the Creator. He continued to see in the vision, people moving, colors in a blur, and for some reason a horse. He was riding bareback, in a place with red rocks. It was all moving and spinning, but he could see the horse sweat. The horse was pounding away, flying over the ground at top speed. It took his breath away. 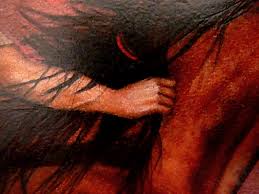 The vision ended with his mother’s voice in what appeared to be a cave, with smoke. Was she in the afterlife? He could not see her, but there was a light, and she repeated what she had said, seconds before she died, “You were not made, to chase after money”. He stood up now, in the middle of the board meeting, and walked towards the ceiling to floor windows. With his face against the glass, he could hear the wind howling. It was saying to him, to get out of there, and to not come back. It all confirmed what he had been sensing for weeks. He was to go back to his people.

“Standing Bear”, he said out loud. The board members stopped talking, and turned to him. “James?” “What are you talking about?”, one of them asked. James, turned to the group of men, now realizing what he had said. He went with it anyway. “I need to talk to Joseph Standing Bear”, he said. “Excuse me”, he mumbled as he left the room.

As he left the group of men (there were no women) they mumbled about James’ mother passing away recently, and he was taking it badly. Then the president of the company began quoting numbers again, and the meeting recommenced, with the strength of the company in Hong Kong, and Taipei.

In the elevator, James Dreamwalker pushed the down button, realizing he wouldn’t be seeing this place again.

Note: To be continued tomorrow! 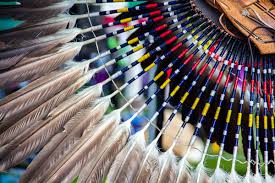 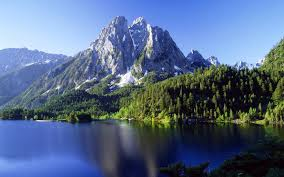 When I return to the mountains,

wholeness returns to me,

the windows of my soul,

can be opened, curtains,

clouds dispersed, by the wind,

His breath of life.

I don’t even need my recurve bow,

all I need is my heart,

and two feet to carry me,

far above the clouds,

getting the big picture,

The reality of deer, 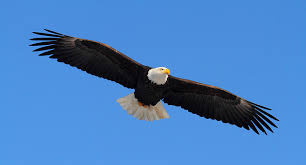 an eagle soaring, close by,

giving me his wings,

receiving the muscles of faith,

I walk it out,

as the seasons pass by,

in an instant, a cardinal sings,

a love song I remember,

reminding me, of My Love,

so as I sit on a rock, surrounded,

by the pine trees, I realize,

there is more to life,

I will return to the mountains,

but in the meantime,

I will let the creation,