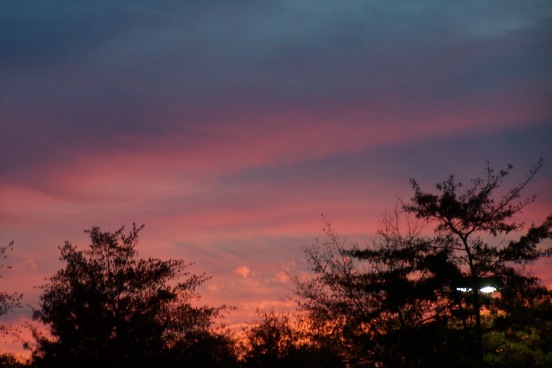 After chatting on line for two days, they decided to meet in Boston. He wasn’t sure why Boston, other than she really wanted to see it. He was like a teenager again (he was only 30). He hadn’t been this nervous since his first date with Jenny Martinez, when he was 16. It wasn’t truly a date, but he called it that. He took Jenny to McDonald’s, and a movie, at the cheap theater. What else can you do at 16? Was it Star Wars?

He was nervous, and Miriam must have read his mind, because she said on the chat line, “I’m so nervous, what if you don’t like me??” So he said, “I know, me too”. He was hoping it would put her at ease. He started packing his suitcase, and decided to take his best clothing. When they met, he wanted to be wearing a suit and tie, to give the best possible impression.

As he was packing, a thousand thoughts raced through his mind. What car should he take? The Lamborghini or the Corvette? No, better stick with the Mercedes! It would make a much better impression. He wanted her to realize he was a stable, responsible person.

A thought struck him in the head, like a piece of wood, and he sat down on edge of the bed. Would they get married?? How could they have a ceremony without a minister? What kind of church? Then he realized none of this mattered anymore. They should just be married outside, promising to love each other, in front of God, and everybody…..…..Well in front of God then. “Oh no!” he yelled out loud, standing up, the thought came to him, that he would have to deliver his own children! “Oh!” He put his hand to his head, realizing he was giving himself a headache. Where was the Tylenol?

He didn’t sleep well that night and was on the road early the next morning, before the sun was up. It was an eerie feeling, being the only car anywhere. Instinctively he turned on the radio, until he realized there was no radio, only static. He put on a CD instead, from Lindsey Stirling.

He started thinking about Miriam. When she wrote, she used some words in French, which was normal because she was Canadian. But it almost seemed like she had an accent from somewhere else. He thought it was beautiful, but there was something more there. Was she from another country besides Canada? She also didn’t want to call him Jerry, like everyone else used to. She wanted to call him by his full name, Jeremiah. He thought that was unusual.

After an overnight in New Jersey, he quickly drove around New York City, through Connecticut, and into Massachusetts. He was getting nervous again, and told God, “If this doesn’t work out – I’m done!” “I’m serious too, I can’t take the loneliness anymore”. And he meant it.

Note: I have been posting fiction primarily on the weekend, but I am enjoying this series alot. So I will be posting a segment of it for the next three nights (EST). Thanks for reading!

11 thoughts on “The Last People on Earth III – Anticipation”